I wanted to write this blog to WARN people, and PROTECT more humans from being negatively affected by KSM-66.

So many of you are probably familiar, I am the guy who first started the ranting about how Ashwagandha KSM66 caused
me anhedonia/emotional numbing, PSSD like symptoms many many months ago.

What this presented as in me is the following:
-Reduced emotional depth, emotional numbness
-Reduced HIGH feeling when listening to amazing music.
-Reduced HIGH after the gym.
-No cosy/warm/oxytocin feeling when hugging loved ones.
-Reduced sensation on skin, when running under hot water… You know that warm COSY feeling you get when you have a shower or hot bath, that feeling is completely BLUNTED.
-Reduced orgasm sensation/feeling in the gonads/lifeless. Normal functioning.
-Worse pumps in the gym.
-Blank mind feeling, nothingness.

So as majority of you probably already are aware of what PSSD is. It stands for Post-SSRI-Sexual Dysfunction, and is ruining millions of lives every single day.

Here’s an explanation of the leading theories behind PSSD:
“It is inhibition of dopamine receptors in general, particularly in and around the Raphe nucleus. Which is a small cluster of nuclei found in the brain stem. It’s main function is to release serotonin to the rest of the brain. SSSRI antidepressants are believed to act in these nuclei. They are not damaged, they are not desensitized, there is nothing wrong with dopamine binding, and it is more complicated than there just not being enough dopamine release into the synapse.

It is actually being inhibited. So it doesn’t just release too little as a continual problem, when levels increase, they increase by lower a percentage. This is the basis for much of what people experience in different ways, due to differing genes. The main idea is the dopamine release is being inhibited. So those other dopamine receptors down the line aren’t getting what they need.

Serotonin receptors inhibit dopamine. That is because they act as a method of regulation. The more serotonin that binds to the heteroreceptor, the more dopamine release is inhibited. This receptor accepts binding of different neurotransmitters in different places, which have different affects on it, including regulation of dopamine release.

So why is an excessive amount of serotonin in the synapse, binding to the heteroreceptor?

The main cause of PSSD is the receiving part of the autoreceptor being desensitized. So the normal amount of serotonin that was the right amount to do the job, now causes LESS activation of the receptor, and therefore it’s inhibitory effect on serotonin release is INSUFFICIENT.

Our autoreceptors didn’t go back to normal. They are stuck in that desensitized state. So the normal amount of serotonin which has always been there is not enough to do the job.

So in order to get the same amount of activation you had before, you must have MORE serotonin there than is normal. You have to compensate for that lack of sensitivity.

Agonism is not the same as reuptake inhibition. The former just means there is more there, but it is taken up normally. The latter means it is not taken up normally, and it builds up too quickly, too much.

So an antagonist on the autoreceptor is going to exacerbate the very problem you have. You can’t press the button more softly. You need an agonist, to inhibit the release of the receptor the same amount it used to before you got PSSD.” — Sonny.

Ashwagandha causes:
Reduced activation of (post-synaptic) 5-HT1A receptors which causes the Opposite of the following below:

The effect of chronic Ashwagandha (8+ weeks) on 5-HT receptors, at least on depressed rats, is allegedly comparable to that of chronic SSRI or ECT treatment. This is probably the most useful way to look at it

Ashwagandha significantly enhances the sensitivity of 5 HT2 (serotonin-2) receptors in the brain and a reciprocal sub-sensitivity of the 5HT1A receptors (19). Enhanced sensitivity could indicate reduces binding, as over-stimulation of a receptor will reduce it’s sensitivity. 5-HT2 stimulation increases prolactin (5-HT2A) and ACTH (5-HT2C) release. This may indicate one of the mechanism at which ashwagandha is potently anti-cortisol, as it reduces 5-HT2C sensitivity, thus reducing cortisol synthesis.


✅ WANT TO INCREASE TESTOSTERONE & SEX-DRIVE? Join my course below:
https://optimal-health-masterclass-series.teachable.com/p/advanced-testosterone-sexual-optimization-masterclass-ergogenic-health

Want evidence that it’s not just me?

“Ashwagandha desensitizes the 5-HT1A receptor through excessive agonism, which then causes desensitization and decreased dopamine release. am i correct in this? i would very much like to repair this issue, but i fear that i have permanently damaged my brain. i have not only lost interest in sex, but basically seeking out any sort of pleasure except for those that could be considered “extreme”, which someties leads me into precarious situations. basically, i feel like a sociopath. i have no other symptoms, and am in all other ways a very high functioning and healthy individual. is there any way i could possibly fix this? would rhodiola perhaps undo the damage, or should i try niacimide? i quickly connected the changes i felt to my ashwagandha usage, but after 2.5 years of not using it, nothing has really improved at all, despite my healing other aspects of my health. it is especially frustrating considering the fact that i have a good body and i know people feel physical attraction towards me, but i am usually unable to reciprocate it, and when having sex i have usually feel totally disinterested, despite performing as normal. nor do i feel any drive to pursue creative activities, which i had previously enjoyed a lot. in short, it feels as if i am completely incapable of becoming “addicted” to anything. perhaps a lot of people would enjoy this, but it’s terrible. i can smoke a pack a day for 3 months and then quit without a thought. i feel no drive to drink alcohol. i still do a lot of the things i used to do, but it feels inherently pointless. the word permanent seems quite dire in this situation. would taking an antagonist really help if the 5-HT1A receptor has been downregulated? this study would seem to indicate so.” — Bboone (https://raypeatforum.com/community/threads/too-much-ashwagandha-now-serotonin-syndrome-please-help.25017/page-4)

TLDR:
Ashwagandha, can indeed cause emotional numbness, reduced depth of feelings, make you “not give a F***, significantly reduce anxiety and fear, promote calmness, and for some unlucky people sexual anhedonia/PSSD. 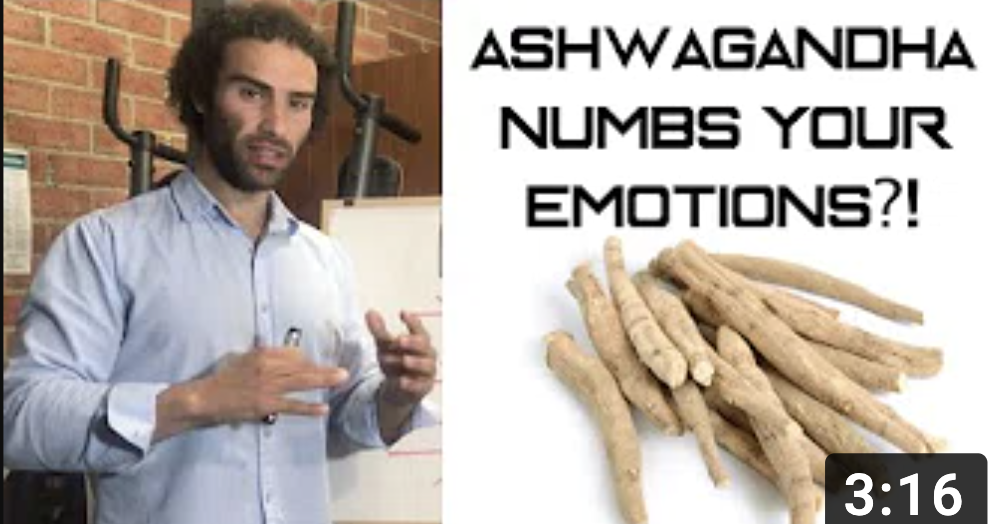 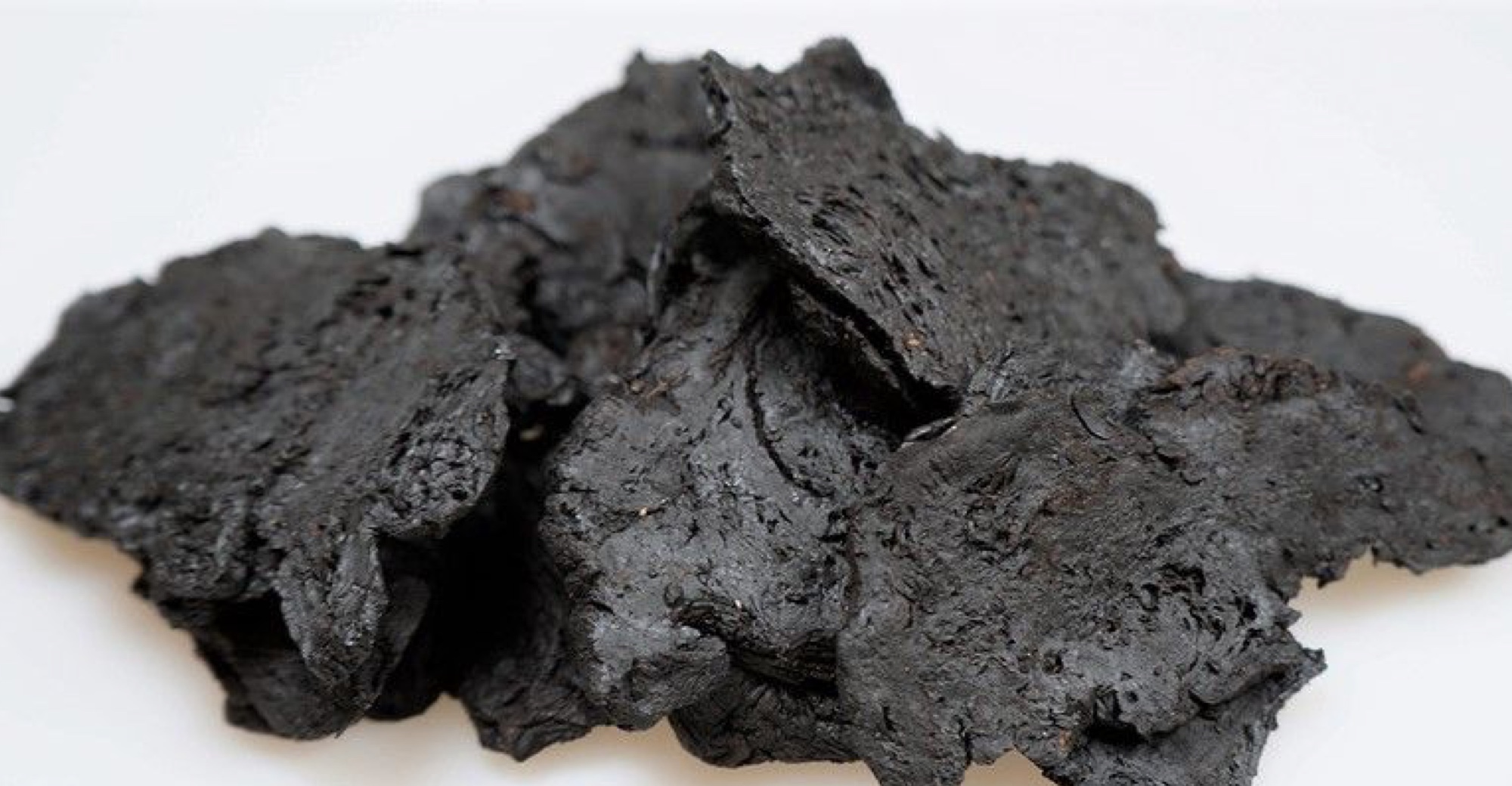